I’ve been told it’s a city of dreams, it never sleeps, it’s where you go to make it.

Two nights ago in the subway in Brooklyn a rapper from San Francisco told us it was a city that would kill us inside a bit more each day.

But no matter what magic’s at play I’d never thought I’d end up living her at 24, no less homeless and unemployed. Much less standing on the rooftop of a penthouse apartment on the Upper West Side talking to Nobel Prize winning economist Joseph Stiglitz at a book launch a week after arriving.

Or after stepping off the plane in Los Angeles after a 12-hour flight from Auckland I’d be less than 100 metres away from Bernie Sanders, listening to him and Dick Van Dyke. 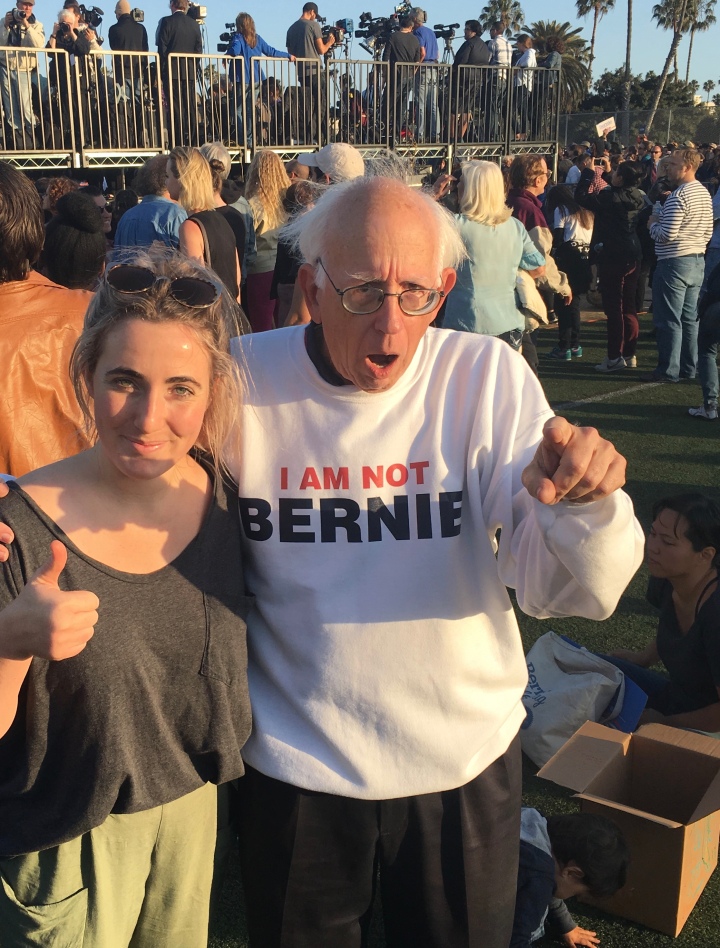 In eight days the States hasn’t let me down on being a place of opportunity and madness.

Another young journalist and I took off from home a week ago with a one year working visa in tow to try and make it in a city famed for quality writing and never ending content.

We left with little saved after years of studying and working when nobody wanted to pay for news, and had no real plan of how we’d make it work. But wide-eyes and determination count for a lot, and we’ve found it’s possible to live off one-dollar pizza slices three meals a day to stretch the savings.

Like the food on offer, the city has been as mesmerizing as it is addictive. A constant hive of activity, yelling, music, traffic, sirens, warmed up to around 30C each day.

Everyone I’ve met has a side project, a sub-leased studio, a stand-up set, or a zine, many of them pull pints in air conditioned rooms by night. Everybody who hasn’t made it is making it work. It’s hectic, exhausting and exhilarating.

There’s a looming feeling that I’m about to wake up in Auckland dozy-eyed with fading pictures of the huge brick projects across the street, the local Indian restaurant with fairy lights draped to the tables, and the crowds of people only just avoiding spooning in subway cars. But each morning for the last seven I’ve woken up on the Lower East Side, no pinching needed. And I’m already dreading leaving.

That’s not to say it’s easy – I’m unemployed and homeless. Along with countless other young Kiwis I did the year living and working in England. But it would seem we have landed in more unchartered territory. Where Statistics New Zealand lists 937 people as having flocked to the UK in April for 12 months or more, only 280 headed to the States. The fact that between us we can only muster up an uncle and a distant aunt in family connections says a lot. It’s the new gap year, and we’re some of its lonesome gappies with no American credit.

Although that’s made it hard to find an apartment – surely no one could find an American guarantor who earns $140,000 a year – the sense of adventure and opportunity is strong. We’re modern day nomads armed with Google Maps and the last of our roll-on deodorant, and we navigated the subway in heels and 30-degree heat from Alphabet City to the book launch we somehow wrangled an invite to with minutes to spare. In other words, we’re unstoppable.

And in what other city could you find yourself standing amongst New York Times columnists, the former Wall St Journal editor and TIME magazine assistant managing editor, while telling Joseph Stiglitz, with a glass of wine in one hand, a guacamole lathered corn chip in the other, that you’ve come from Nelson with too many pairs of sneakers and little else to set up camp. The most surprising thing was waking up the next morning knowing it had happened.

Oh, and Leonardo DiCaprio walked past us the other day. So far so good.