Sam Bledsoe was sitting at his desk in the corner of a corporate office in downtown Seattle when he saw the news pop up on Instagram Discover. Rap trio Migos had been snapped wearing his designs – a range of Migos-branded t-shirts, to be specific.

The 31-year-old looked both ways to make sure none of his colleagues at the Hawaiian shirt design company Tommy Bahama could see him.

“Then as soon as the coast is clear I’m doing the milly rock at my desk.”

Bledsoe’s story is one of the humble hustler. A story about how somehow, without him ever overtly pushing out his designs, he’s been headhunted to do graphic design for some of the biggest names in music, and all while holding down a full-time corporate job.

GRAFFITI AT THE SKATEPARK

“I started drawing when I was a kid,” Bledsoe explains. He speaks slowly, thoughtfully, sometimes going on a tangent before catching himself and apologizing. “My mom sent me to art classes when I was in second grade and I was always just really good at drawing.”

During middle school, when he started skating, Bledsoe became inspired by what he saw around him. “I’d be at the skate park and I’d see graffiti on the ramps, on the rails. In Seattle where I grew up in the city, you’d see it on the street.”

He started drawing graphic cartoon characters on his board, started tagging. He says from 7th grade, he stopped drawing anything but graffiti.

“With my upbringing in the city, legal stuff was pussy and it wasn’t tight,” he explains. “I was a tagger. I wasn’t putting up pieces.”

While he might’ve been a menace on the streets, Bledsoe was also unwittingly paving his future. At middle school Bledsoe designed his first t-shirt for a school competition, and won. It said his school name, in graffiti lettering.

“They printed it and it was the school shirt for that year. Everyone wore it. It was a cool feeling to see people wearing a design I drew.”

After school Bledsoe went to college for advertising and fine arts, where he says he basically taught himself to use Adobe design products.

As a graduate he had a stroke of luck and landed an internship that turned into a full-time job at a“half-street wear, half pornography” company called TITS.

When that company dissolved, Bledsoe bounced around a few other t-shirt companies, designing more t-shirts he now laughs at, before getting a job offer from Tommy Bahama (“they make really nice Hawaiian shirts, their demographic is 50 and up rich men”) in Seattle.

A TEXT FROM MACKLEMORE

Meanwhile Bledsoe had still been working on his own designs under the brand Samborghini. He had an Instagram account where he would share his drawings and designs he’d produced for the love of the culture for local rappers like Gifted Gab, the Knomads and Jarv Dee.

“He texted me a screenshot of my Insta and was like, “I like your design work.” A month later I was at a pumpkin patch, it was Halloween, and he was like, “Hey I have a single dropping tomorrow, can you design me something in the next three hours?”” 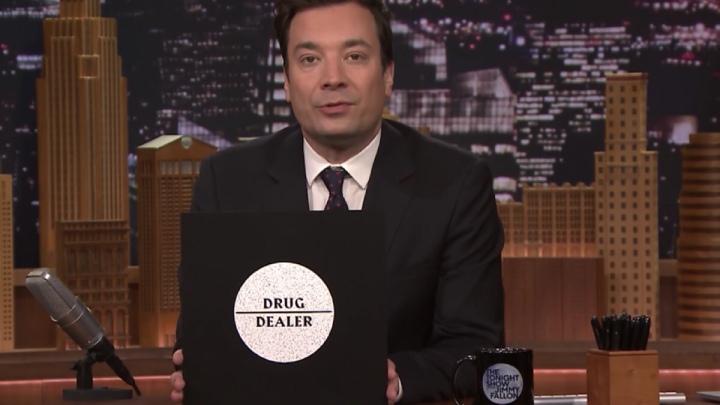 Bledsoe rushed home to get to work, and within three hours had cover art back to the star for his single “Drug Dealer.” Macklemore liked it, and commissioned Bledsoe to do all the graphic design for his 2017 solo album “Gemini.”

“A couple of times a week I’d go to his house, a big fucking mansion close to my work. We’d hang out and go through books, vintage magic books, vintage tattoos, he likes taxidermy and shit, and I did a bunch of different designs.”

At the end of the contract Bledsoe told the rapper his fee (“which wasn’t even much”) and he payed him more than he asked. After “Gemini” came out in August, Macklemore bought Bledsoe a new MacBook Pro. And then Bledsoe went back to designing Hawaiian shirts.

But just around the corner, another opportunity for the studious designer, and it was just as unexpected as the others.

Bledsoe’s friend Joe hit him up out of the blue to tell him his girlfriend’s friend works at Universal Music Group, and they’re working with Migos.

But the offer was as good as promised. Bledsoe, already a huge Migos fan, spoke with the group’s manager and ended up designing a whole t-shirt line for the rappers over one weekend, working 14-hour days.

Despite being a fan, Bledsoe says he wasn’t nervous to design for the superstar rappers. “I was like, my shit is gonna be hella tight. If they’d asked me 6 years ago it would’ve been a different story, it would’ve been super whack. I’m glad this didn’t happen until I’d had like 10,000 hours of experience.”

The process started with sending three mood boards, of which the Migos asked for a cross between two — traditional tattoo and what Bledsoe calls “Gucci zoo.”

The collection was stocked by Bloomingdales, and the rappers were even photographed wearing Bledsoe’s designs throughout All Star Weekend in Los Angeles, hence the milly rock moment. 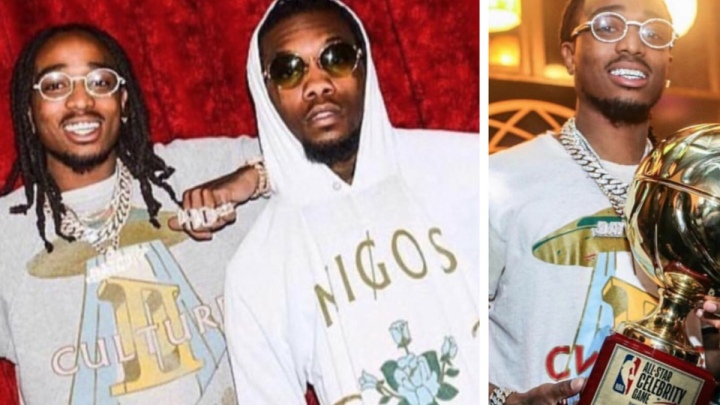 “Usually when you design merch for rappers they don’t wear their own merch,” Bledsoe says. “Now I have a bunch of awesome photos of Offset, Quavo and Takeoff wearing the shirts.”

Migos asked Bledsoe how much he wanted for the designs. He told him, they told him he needed to charge much more, and then proceeded to pay him “way more” than he’d asked.

Despite the huge collabs, Bledsoe remains largely under the radar as a designer. He says, while people think he would have blown up overnight, he still “doesn’t have many followers.”

“Designers are like the producers of the music industry, they’re not the face of things, unfortunately,” he says.

Macklemore has never shouted him out him as his designer in posts to his 4.2 million followers, and Bledsoe says it would be “hella corny” to ever ask him to. But he is getting more strategic when it comes to his business. He says in hindsight, he would include in his fee that the client shout him out in at least one Instagram or Twitter post.

In the last couple of months Bledsoe’s social media savvy has been paying off. An Instagram takeover of a popular local pizzeria’s account and selling at Seattle flea markets has been a big boost for his label Samborghini, which launched a large range in December.

Even girls are buying his witty, pop-culture heavy designs now, and Bledsoe is designing strategically for his growing market. See his latest design for a taste: a tee featuring the Drake lyrics “I only love my bed and my momma.”

“When Drake wrote those lyrics he knew basic individuals were going to explode,” Bledsoe says, poking fun at his own designs in typical fashion.

As Samborghini grows, Bledsoe is also continuing to hustle — freelancing for various streetwear companies, and has another project on the horizon with Migos.

And, perhaps most importantly (for the over-50s, anyway), he’s still holding it down — 40-hours a week — at Tommy Bahama. 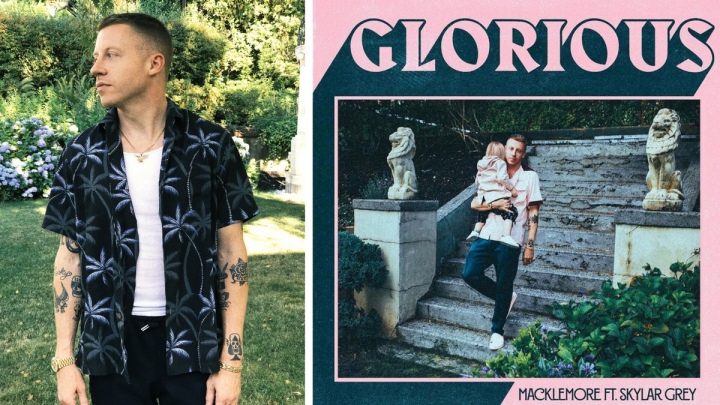